First of all, apologies to all of my readers for the gap in posting over the last fortnight – there has been a number of family occasions this week including my dad’s 65th birthday to dent a hole in my wallet and reading time!

For this week’s post, I am joined by K.D. Forsman, the author of Fraud and Fabrication which was reviewed in my last post, to discuss her debut novel.

K.D. Forsman was born in the UK and emigrated to New Zealand at an early age. She works as a project manager by day but at night is an ebook author, freelance writer and blogger. Her blog was launched in 2008 which provided her main creative outlet before writing her debut novel, Fraud and Fabrication, the first in the Leighton Park series which is “centred around the wealthy and eccentric Leighton family, their successful horse racing empire and their closely guarded family secrets.”

For those people who haven’t read Fraud and Fabrication, what is the novel about?

The backdrop for the novel is a thoroughbred racehorse stud and agistment facility in Canterbury, New Zealand. The novel takes a peak behind the veneer of success and wealth of the Leighton farmily, through the eyes of the secretary, Cassandra Fox. The story centres around a horse racing fraud, but also uncovers some family secrets along the way, with a dose of crazy thrown in for good measure.

What do you feel are the main themes within your novel?

The story has two key themes; all that glitters is not gold (or for that matter, legal); and a young woman’s journey through a minefield of half truths and family drama with her eventual realisation that the what’s happening around her is not normal, nor is it healthy.

Fraud & Fabrication is the first book in a series, which delves into the private lives of the women at Leighton Park Stud and told from their perspectives.

As well as writing your novel, you have also written a blog for a number of years. What made you want to make the transition into creative writing and is there anything from your blog which came in useful in writing Fraud and Fabrication?

Moving from blogging to writing seems like a natural transition. Recently my blog has focused on book reviews and from that I started to realise there was a creative side of me just itching to be let out. The most useful part of blogging which has helped my writing, is getting into a good daily habit of writing. The passing of my uncle last year through a terrible battle with lung & brain cancer was the catalyst to my writing journey. Life is so precious and fleeting and sometimes we just need to do the things we dream of doing, or run the risk of those dreams slipping through our fingers forever.

Which books have inspired you to become an author?

I don’t know if I could name a single author! I read such an eclectic mix of stories; but I think that’s the point, they are stories. Any writer who can write a good story, with a strong narrative, without overly complicating the plot (not to say I don’t enjoy a good twist), will have me captured from the get-go. I tend to gravitate towards contemporary fiction, rather than historical and I like everything from sci-fi, romantic comedy, drama to mystery and suspense.

After a colleague mentioned that ‘bodice rippers’ are where the big money is made these days…. I’ve started reading a bit of erotica; for research purposes only of course!

The book is set in the world of horse racing. What are your experiences of this world which came in useful in writing the novel? 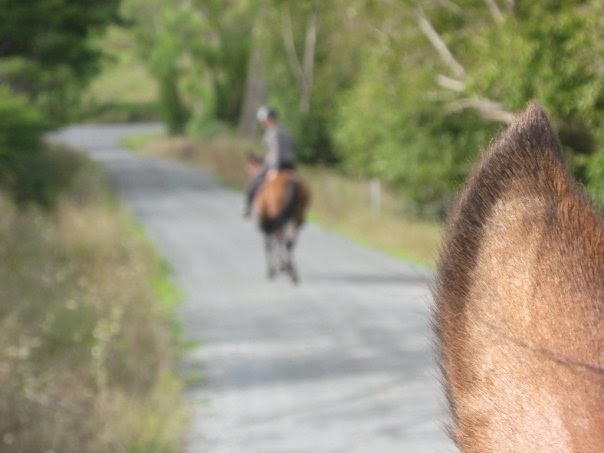 I have been a keen horsewoman for most of my life, riding competitively in both dressage and endurance (from one extreme to the other I know!). I also worked in the racing industry for about six years, which was a fascinating experience. It’s a cut throat industry and behind the glamorous facade there’s plenty of fodder to get the creative juices flowing.

Most authors tend to write either a wholly romantic novel or one which covers social issues. What attracted you into combining these two genres in your novel?

Nothing in particular, I worked with a book coach to outline the plot and the story is what it is.

However, I think it’s more of a contemporary drama than a romance. There needed to be a certain level of romance to carry the plot along. The only problem with combining genres has been trying to put it into an Amazon category; it really has a foot in both camps, and equally could sit under a crime category.

The novel is also part of a series – how do you anticipate the series and Cassandra’s story progressing from the conclusion of the novel?

Book two of the series ‘The Muster’ will be released later in 2015, focuses in on the stories of Cheree and Moana, two polar opposite characters whose lives are intertwined by circumstance. I anticipate there will be a third and (at this stage) final book, to bring the series to its conclusion. Cassandra’s character will play a lessor role in ‘The Muster’, but she will reappear in the third book to mix things up a bit!

If you would like to know more about K.D. Forsman you can visit her blog or follow her on the social media networks below.