Name: The Girl Who Kicked The Hornet’s Nest

The Girl Who Played With Fire Spoilers

The novel begins immediately after the events of the end of The Girl Who Played With Fire. At the end of that novel Salander and Blomkvist had worked out the conspiracy between them that had resulted in Dag and Mia’s murders.

Salander’s father, Alexander Zalachenko was a Russian spy who defected to Sweden in the 70’s. Blomkvist believes a rogue section within Sapo may have been setup to protect him and clean up after incidents he was involved with, in exchange for information. Zalachenko got Salander’s mother pregnant and was abusive to her in front of Lisbeth and her sister Camilla. At 11 years old Salander snapped and threw a petrol bomb into her father’s car. However the authorities, not wanting to expose Zalachenko, locked Salander up in a children’s mental hospital.

At the same time, the Soviet Union collapsed and Zalachenko became less important to the Section, however he kept his Swedish identity of Karl Axel Bodin and engaged in sex trafficking and other criminal activities. This had bought him to the attention of Dag Svensson who was writing an expose on him.

At the time of Zalachenko’s defection, one of the men who happened to bring him in was Nils Bjurman, who was Salander’s guardian who raped her in the first novel. Bjurman got in contact with Zalachenko to ask him to help extract revenge on Salander after she branded him with a tattoo in the first novel.

When Salander visited Dag and Mia’s apartment she wanted to track down Zalachenko but accidentally mentioned Bjurman. Dag made the link and called him. Bjurman panicked he was about to be exposed, which resulted in Zalachenko’s associate, Ronald Neidermann killing him, Dag and Mia with Bjurman’s gun which Salander had accidentally handled when she broke into his office.

In the final chapters of that novel, Salander discovers Bjurman’s summer cabin and goes out there where she finds the police report about her petrol attack on her father. She encounters two members of Svavlesjo MC whilst leaving who are there to burn it down. She fights them and shoots one in the foot and escapes. From this she does further digging and discovers her father is living in an old farmhouse in Gosseberga. She goes there to kill him but accidentally tricks a motion detector device so both him and Neidermann know she is there. They capture her and take her into the woods where they shoot her in the head, shoulder and hip. Believing she is dead, they bury her but she manages to come around and dig herself out, despite her injuries. She goes to the farmhouse again and attacks her father with an axe and Neidermann, who Zalachenko reveals is Lisbeth’s brother, sees her but has a hallucination and runs away into Blomkvist who performs a citizens arrest and ties him to a tree. Salander staggers back into the farmhouse and collapses at the end of the second novel.

The novel begins with Blomkvist calling Salander an ambulance and the police. He tries to explain what happened to the criminal inspector attending the scene but hr is an idiot who ignores what he has to say.

Blomkvist explains Niedermann is tied to a tree on the road and the inspector sends two uniformed police with no backup to go and get him. Niedermann overpowers them, kills them both and goes on the run. Both Salander and Zalachenko are taken to Sahlgrenska hospital where emergency surgery is performed on Salander to remove the bullet in her brain.

Salander is then moved to an intensive care unit two rooms down from her father and the room is accessible only to guards, the doctors and nurses and the police and her lawyer, Annika Giannini who is Blomkvist’s sister.

The events of the previous novel prompt immediate action from “the Section”, the rogue faction of Säpo which look after Zalachenko. Evert Gullberg, the retired former chief of the section, comes back into service with another of his old colleagues, Fredrick Clinton to deflect attention away form the Section by silencing Blomkvist, Salander and Zalachenko. Gullberg visits Zalachenko in hospital where he shoots him and then himself, only then is it revealed to us he is dying of cancer anyway.

At the same time, Blomkvist’s apartment is broken into and Giannini are mugged. Taken from them are copies of the 1991 police report that was doctored by Säpo when Salander threw the petrol bomb into her father’s car, which resulted in her imprisonment at the children’s hospital and is a key part of her defence. Blomkvist, realizing the section in Säpo might be spying on them, in a phone call says to Giannini they were the only copies of the report they had, though he does have one more.

Thirdly, the section form an alliance with Prosecutor Ekström on Salander’s case and with Dr. Peter Teleborian, persuade him to press charges for Salander’s attack on her father and two members of Svavelsjö MC in the previous novel, with the aim of getting her institutionalized again.

Blomkvist joins forces with Dragan Armansky from Milton Security to protect the Millennium offices whilst he continues to investigate the Section. Armansky in turn informs Säpo Constitutional Protection Director Torsten Edklinth who assigns one of his investigators, Inspector Monica Figuerola to investigate the section.

She quickly realises there is something amiss when one of Säpo’s staff, Jonas Sandberg on personnel records is said to have been transferred temporarily to another department. She calls this department and they tell her they’ve never heard of him. Together, she and Edklinth go to the Prime Minister who allows them to conduct a full investigation in secret and meet with Blomkvist who also agrees to join forces.

At the same time, Blomkvist manages to get in touch with both a cleaner at Salhgrenska hospital and Salander’s doctor Anders Jonasson, to smuggle in her computer and a mobile phone so she can access the internet and communicate with him.

In a sub-plot, Erika Berger leaves Millennium to take on the editors position at Svenska Morgon-Posten (S.M.P.), which was established in the previous novel. Despite being bought in to boost circulation, many of her ideas are met with resistance from the board who prioritise their own salaries and bonuses over the good of the newspaper. However trouble brews when at Millennium, Henry Cortez is investigating a seemingly unrelated story about toilets being made by a Swedish company using child labour in Vietnam. However his research reveals Magnus Borgsjö, the CEO of the company is also a major shareholder at SMP.

Not only that, Berger begins to receive sexually explicit emails calling her a whore until one evening an intruder breaks into her home and steals private material of her.

As Salander’s trial nears, will she be able to prove her innocence and get her deceleration of incompetence rescinded and will Berger find out who is sending her the emails and broke into her home?

This novel continues directly from the events of the second novel and hurtles towards its conclusion at a brilliant pace.

Larsson takes all of the plot strands he laid down in the first two novels and ties them together brilliantly in this final part of the trilogy as we learn the truth of Salander’s past and how she inadvertently became involved in one of the biggest military secrets in Sweden.

This novel is in places more of a spy thriller novel than the crime novels of the previous two entries as, Blomkvist, Armansky and the Constitutional Protection officers have to play a game of espionage and cat and mouse with the Section within Säpo. At the same time, Salander is alone in the hospital as events largely occur outside of her control.

However Salander is still a resourceful character in this novel. She manages to work out what Blomkvist is trying to do without his help and assists Berger in identifying her stalker, despite the issues she is facing in the main plot. I also like how each part of the novel Larsson writes a short intro about “warrior women” throughout history, highlighting Salander is the warrior within this novel for fighting back against the system however she can.

In fact, by making Salander’s adversary in this novel parts of the Swedish government and with Berger’s sub plot involving a stalker, the novel also asks plenty of questions on society’s treatment of vulnerable women.

The police regularly think Salander has something wrong with her and don’t listen to what she says, in a similar way Berger when her house is broken into calls the police and they don’t turn up. In both instances the women have to rely on themselves with Berger using her money and wealth to call in private security, whereas Salander uses her own devices to get revenge on those who wrong her. As a society we should be able to help women who are victims of crime.

The trilogy as a whole also highlights how men are able to abuse women and get away with it. However it is shown at it’s most stark in Teleborian who is a truly despicable character, a so-called professional “psychiatrist” who is also a paedophile and hides behind his credentials whilst abusing girls such as Salander in his children’s hospital. It is when Giannini picks his testimony apart in Salander’s trial which is one of my favourite parts of the novel.

Of course after this novel and the previous two were sent to the publishers, Larsson died suddenly from a heart attack so we will never know if this was truly the last novel in the book but there is one plot strand which does leave the novel slightly open. Erika calls on Milton Security to protect her from her stalker and Armansky asks Susan Linder to do so. In the events that follow Linder turns vigilante at one stage and also learns about Salander’s secret as a hacker.

Though Linder does mention to Armansky about her actions she doesn’t tell him about Salander’s hacking but there the plot strand leaves it which I would wonder if Larsson did write a fourth novel if this would ever have come to anything – even if the two perhaps end up joining forces or becoming enemies.

In conclusion however, the Millennium Trilogy is a brilliant set of novels and The Girl Who Kicked The Hornet’s Nest is a gripping, thrilling end to the trilogy.

If you love the Millennium Trilogy – let me know in the thoughts below!

This is also going to be my final book review of 2021 as the year draws to a close and 2022 comes in I just want to wish you all a very Happy New Year! 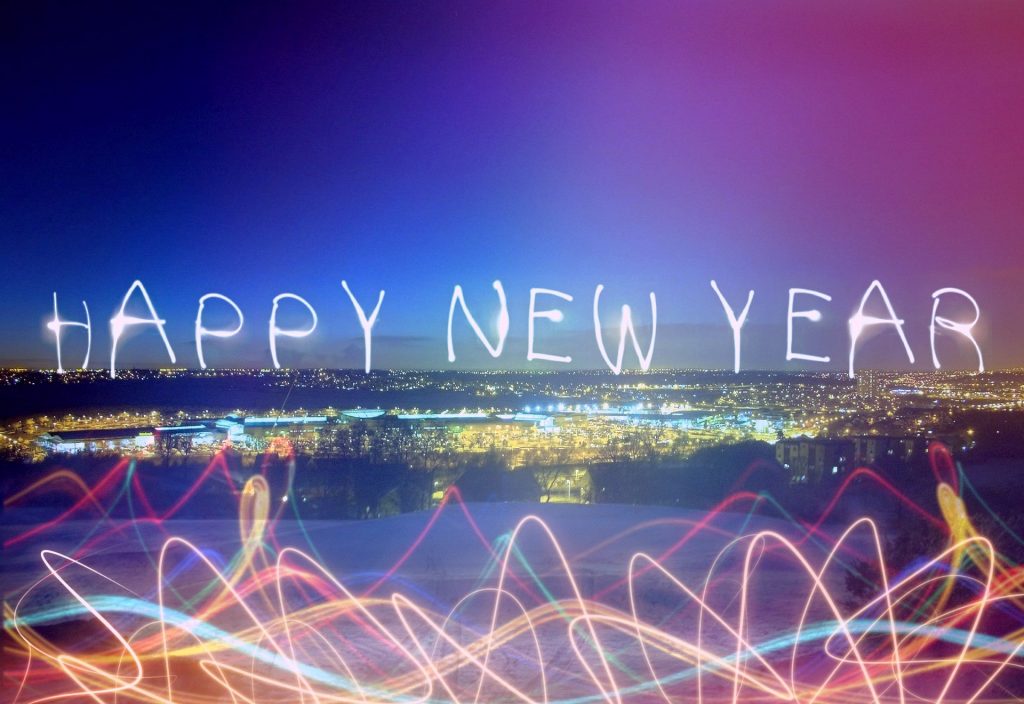 Image by cocoparisienne from Pixabay